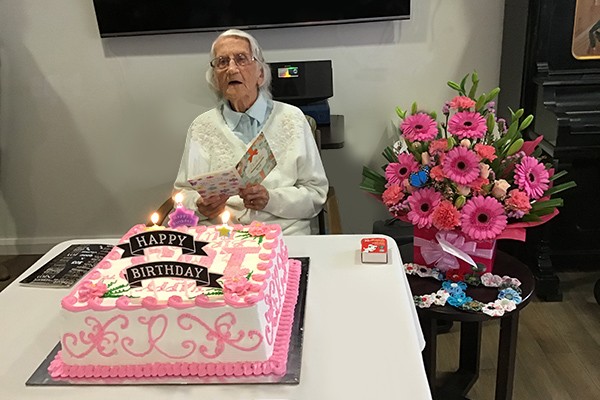 Ruth Powles turned 103 on Sunday and celebrated with fellow residents at Minchinbury Manor.

Born in Cambridge England in 1916, Ruth was the youngest of four children. As a young woman she lived in Norfolk, where she met George who became her husband in November 1939.

Soon after their wedding George enlisted and the couple were separated for six years, four which George spent as a prisoner of war in Changi, Singapore.